Harry Potter and the Sorcerer’s Stone by J.K. Rowling. 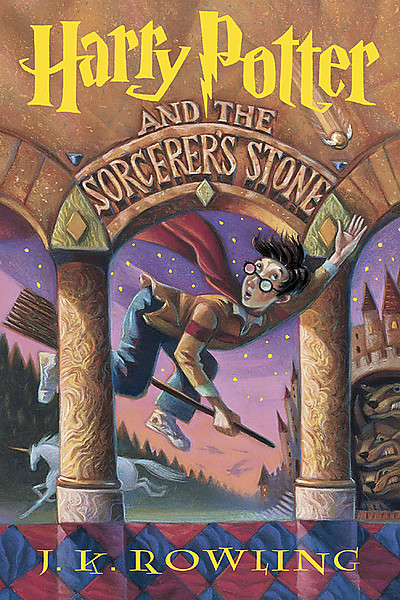 Harry Potter and the Sorcerer’s Stone is about a boy who’s living with his uncle, aunt, and a cousin because his parents died in a car crash. The author’s name is J. K. Rowling. This boy’s name is Harry Potter, and he gets treated not like any kid should be treated. Doesn’t get fed sometimes, is forced to live in their cupboard, and many more cruel things. Until Harry received an invite to a wizard school known to be Hogwarts. Uncle Dursley burns many invitations but one finds its way to Harry and the Dursleys are forced to take Harry to the train which will take Harry to Hogwarts. The main settings are at the Dursleys’ house, and Hogwarts. The main characters are Harry Potter, Hermione, Ron Weasley, Draco Malfoy, Uncle and Aunt Dursley, Dudley, Professor Snape, Dumbledore, Hagrid, and Voldemort. My favorite character in this book is Harry Potter because he sets a great example of not giving up when things are tough. The story was just so intriguing to me that I had to keep turning the pages because I was just so curious. My favorite part was when Harry Potter received the Invisibility Cloak for Christmas. As well as the part when Uncle Dursley burns the majority of Harry Potter’s invites to Hogwarts in the fireplace, that just kept me laughing. I would recommend this book to fantasy lovers. Harry Potter and the Sorcerer’s Stone is also part of the series, and it’s the first book in the series.

Use your library card number