90 Miles to Havana by Enrique Flores-Galbis 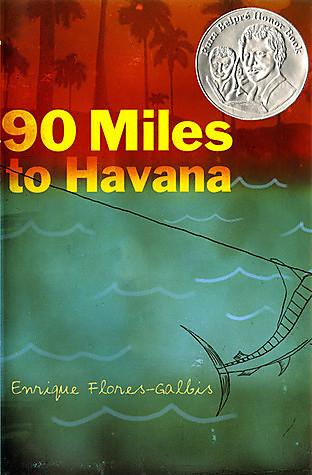 The book 90 Miles to Havana is historical fiction and the author, Enrique Flores-Galbis was one of the 14,000 other kids that had to flee their homes without their parents to go to refugee camps.

The main characters named Julian ahe he and his 2 brothers had to leave their country Cuba without their parents for dangerous reasons. They went to a camp in Miami for children having to leave their homes and were here in hope of safety and adoption. Julian is 10 and his brothers Alquilino and Gordo who are a few years older. Alquilino is very protective of the brothers while Gordo likes to cause trouble.

I can relate to Julian by how we both like to draw. My favorite character has to be Angelita, a good friend of Julian. She’s my favorite because she does a lot of crazy stuff and its fun reading about her. Angelita has a little brother named Pepe who is very sneaky. They were neighbors with Julian’s family and had to leave for the same reason.

I really like the book and out of 5 I’d give it a 4. The book wasn’t very complicated which I like but other readers may feel different about. Sometimes in the book it would be all dramatic but all the sudden focused on something for so long it got a little boring. Readers who enjoy long books that don’t use very complicated words and are dramatic and adventurous would enjoy this book. This is probably one of my favorite books.

Use your library card number